#TBT: Do You Speak My Language? 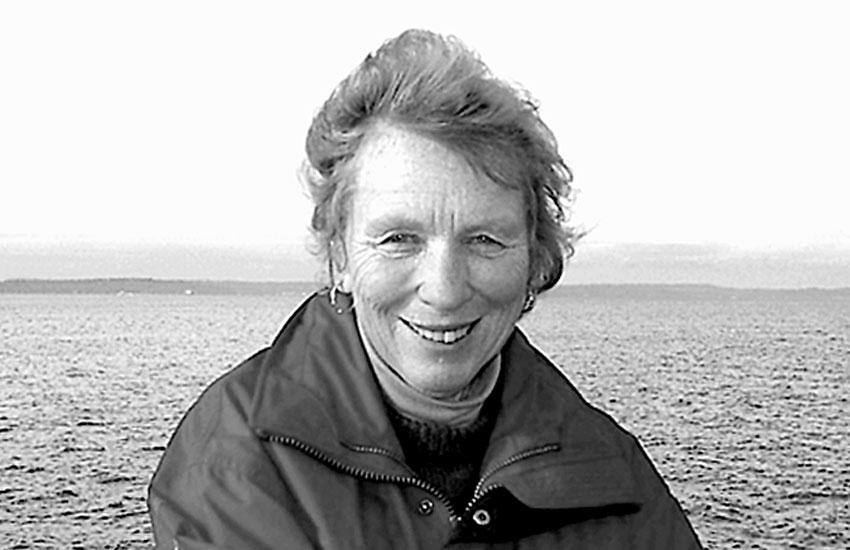 It was an unusual occurrence when 35 would-be cruisers gathered in a west coast yacht club to tackle a subject not listed in many cruising books: Spanish. If you lived on the Atlantic coast, it might have been French, or if you were in Hawaii, it might have been Japanese. “Do you speak a foreign language,” is one of the most frequently asked questions of cruisers who have left our Anglo environs. Because many of us answer “no” to the question, the issue of a second language seems to disappear. It shouldn’t.

Cruising without some facility in foreign languages can be fine or it can be disastrous. Imagine arriving in a small fishing village on the coast of Japan and needing to find a doctor. It wouldn’t be a problem in Spanish or French speaking countries because we use a word that sounds the same in those languages. Unfortunately, languages are different and we need a solution to immediate communication in an emergency.

A wonderful little book, no longer in print, was Yachtsmen’s Ten Language Dictionary. It contained simple phrases in multiple languages to help you handle emergencies, boat parts, shopping, officialdom, and travel. You might find one via the Internet or at your local Marine Flea Market. It’s worth buying.

More recently, two books have been written that solve the problems for cruisers needing to communicate in French and Spanish. Kathy Parsons has written Spanish for Cruisers and French for Cruisers. Both books are in a handy format and contain pronunciation guides; the latter is critical for non-French speakers. These two books are written to help cruisers with situations they will encounter; you need them aboard in your cruising library.

Let’s take this issue of language to a different level – a better cruising experience. If you can speak the language of another country with reasonable confidence, you will discover a level of courtesy and enjoyment otherwise unavailable to you. On our boat, my job almost always involved learning some of the local language. Jim’s theory is that because I’m a musician, I can remember the sounds of a foreign language better than he can. Actually, I think that was his excuse for not speaking anything beyond simple Spanish phrases. You might know someone like him. If he isn’t being understood, he speaks louder and uses a Spanish accent.

Despite the obstacles, I did develop a system for learning the language of foreign countries. One of the things I enjoyed most was shopping; I am a woman after all. When we arrived in a new country, I would make a shopping list. I had numerous small dictionaries in the boat library, so I could translate into most languages we encountered. I would translate my shopping list into the local language. Then I would print each word in upper case letters so I could hand it to a local to read if my pronunciation was terrible. I also practiced counting in the language so I could explain how many of something I wanted. I learned phrases such as “How much is it? Is it ripe? How big is it?” etc.

I discovered early on that I could ask questions but sometimes got lost in the answers. That is when I discovered using a phrase such as “I’m new to __________” or “I don’t understand” was very useful. As we cruised, I developed a standing set of phrases that I mastered before going ashore. At the top of the list would be phrases such as “thank you, please, I’m sorry my _________ is not very good, you are very kind,” etc. Even when my accent and grammar were horrible, my efforts to be courteous were always rewarded with a smile and kindness. I attempted to buy one small fish in an outdoor market in Sicily, planning to give it to our kitten. When the vendor finally understood what I wanted, he shouted to the whole market place that I was buying only one tiny fish, which embarrassed me. Then to everyone’s delight, he wrapped my four-inch fish in a huge piece of newspaper, gave it to me, and refused to take my money.

Some languages are very difficult to learn. In the Middle East, Arabic stumped me. I finally learned proper salutations and how to count. Being a foreigner I was subject to the standard attempt used with tourists to get more money than the regular price. When a storekeeper knew that I could read the numbers on his signs, I had little trouble. I learned the numbers by looking at license plates when we walked down the street.

In Asia, Thailand was the biggest hurdle. One day in the market I was faced with buying a chicken and no words to use. I put my bags down, stuck my hands in my armpits, and flapped and clucked like a chicken. Then I held up one finger and gestured in a big circle. I received lots of giggles and one very large hen.

The only time I got into difficulty was in Italy. I went ashore to shop after preparing myself with my English-Italian dictionary. I arrived at the little store on Ponza, greeted the owner properly and told him I needed to buy several items. He responded to me in French. I lose one language as soon as I start another, so I continued in Italian and he continued in French. When I got back to the boat Jim asked, “Why didn’t you switch to English? “It didn’t occur to me that if this storekeeper spoke French, he might know English. Besides, I was in Italy and I expected to be addressed in Italian.

What I think is important about learning some, even a tiny amount, of a local language is the regard you will earn from the local people. Your effort will be appreciated and it will open doors that otherwise remain closed. Americans frequently expect everyone to speak English and to respond to their every wish. With effort on your part to speak the local language, the response will exceed your expectations and you will feel truly welcome.