As of August 1, 2018, the Pacific Northwest’s beloved sailing magazine, 48° North, will become a part of the big tent of the Northwest Maritime Center’s non-profit operation that serves an important mission: to engage and educate people of all generations in traditional and contemporary maritime life, in a spirit of adventure and discovery. You might call this a merger or a donation… We call it the future, and it is brighter now than ever.

Since 1981, 48° North has been the quintessential sailing magazine sharing stories of the sailing and the sailors of the Pacific Northwest. It has also been a trusted resource in which maritime industry professionals and local sailors may advertise their boats, products, and services to the 48° North audience—40,000 enthusiastic boaters of every stripe.

In its new affiliation with the Northwest Maritime Center, the good ship 48° North will retain its spirit of service to the local sailing community, as well as its editorial independence, while setting course for some exciting, new horizons. By joining the robust and distinguished line-up of Northwest Maritime Center initiatives, 48° North has an opportunity to evolve, grow, and become an even better steward of sailing in our region.

The Northwest Maritime Center organizes the Race to Alaska, the 750-mile adventure race from Port Townsend, Washington, to Ketchikan, Alaska. They are home to the successful Wooden Boat Festival that originated in 1976 and has always been a magnet for “salt-water-hippies” who are both forward-thinking and passionate about traditional maritime skills and experiences. Over the years, the organization has grown into a highly respected and impactful maritime non-profit, with the launch of Marine Thrift and SEVENTY48, and an ongoing commitment to place-based, maritime education for our region’s youth. For the Northwest Maritime Center, the addition of 48° North to their operations is a perfect mission fit. This new partnership represents the Northwest Maritime Center’s commitment to support “contemporary maritime life” as well as the traditional maritime trades and education with which it may be more closely associated.

For both organizations, this is a win. For sailors around the Pacific Northwest, it is also great news. When flipping open an issue of 48° North in the future, sailors can expect to see the same great stuff they’ve loved about their local sailing rag for nearly four decades; but they should expect to see more of it (in print and digital) as well as various new features and improvements that will increase 48° North’s relevance, audience, and its positive influence on all things sailing.

If you’re looking for more info about this new era, please check out: 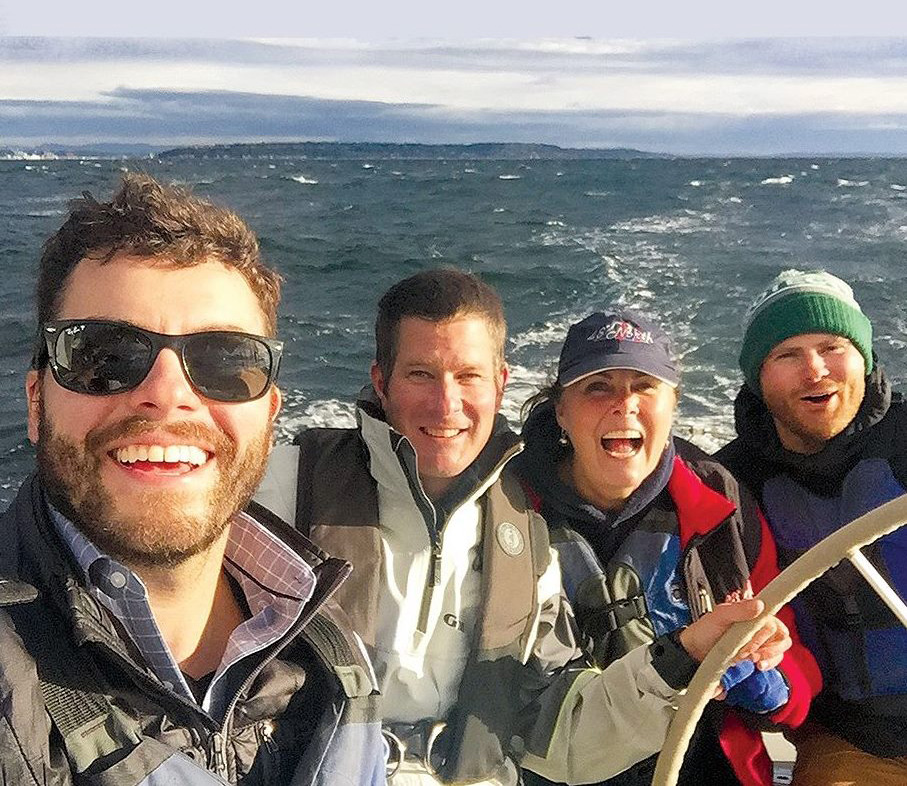 The staff you know and love at 48°North isn’t going anywhere! Scott Pittrof and Benjamin Harter will still be heading up the advertising department. Karen Higginson and Joe Cline will remain your editorial team! As a crew, we are thrilled about the possibilities, excited to usher in a new era for 48° North, and honored to continue supporting all things sailing. 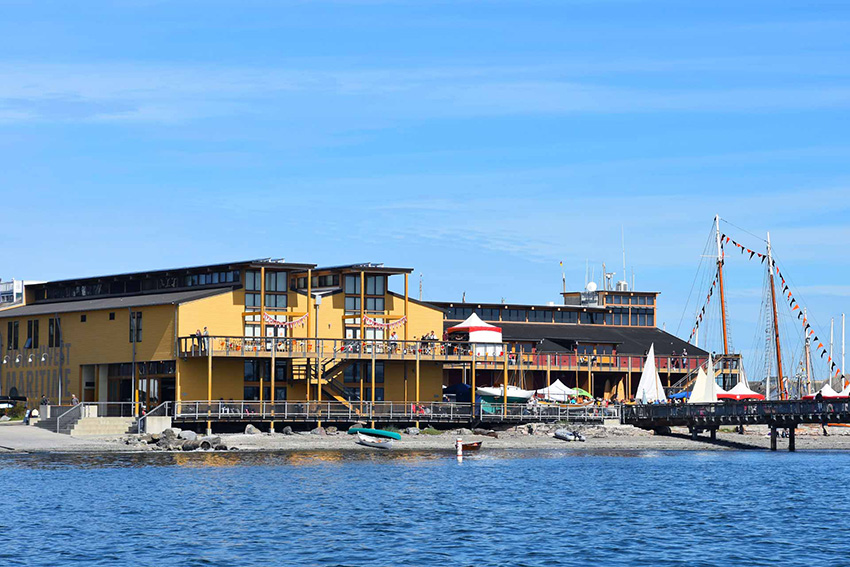 The magazine will still be based in Seattle, but the Northwest Maritime Center in Port Townsend is now our home away from home! The lineup of mission-driven NWMC initiatives that get people of all ages engaged with life on the water includes Race to Alaska, the Wooden Boat Festival, Seventy48, a host of excellent educational opportunities, and now… 48° North!

A Message from Longtime Publishers, Richard Hazelton and Michael Collins:

We have some exciting news! As many of you know myself (past editor, Richard Hazelton) and Advertising Director, Michael Collins, have both retired, but have continued to own the magazine while we searched for a good steward to keep the publication alive and a vital part of the Northwest sailing community. We have had offers from sailors who love the magazine, but had not found anyone that fully realized the amount of energy and commitment it takes to keep a publication alive and current, or that a big part of the reward of owning 48° North is being such an integral part of the community we love.

That search has ended. We have found stewards who have the energy, and more importantly, the dedication to the sailing community to keep the  tradition of 48° North going forward. We are very excited to announce that as of August 1st, the Northwest Maritime Center (NWMC) will take over publishing 48° North.

This transition grew out of editor Joe Cline’s experience of working closely with the NWMC on several events like the Race to Alaska. He was impressed with the enthusiasm and commitment they put into the projects and thought this might be just what we had been looking for. He discussed it with Jake Beattie, Executive Director of the NWMC, who also agreed this would be a very good pairing for the future of both the magazine and NWMC. He presented the idea to the NWMC board of directors, who wholeheartedly approved.

This is just a change of watch. NWMC respects what 48° North has provided, and continues to provide, to the sailing community, so our readers and our advertisers will not see many noticeable changes in their monthly sailing rag. The same crew – editors, writers, and advertising contacts – who enjoy being on the water as much as you do, will still be in place, producing the magazine for sailors by sailors. Racing, cruising, letters, how-to articles, and your stories will all still be there. Just think of this change of ownership as your sturdy ship tacking into a fresh breeze.

It’s been an honor working with the sailing community and getting to know so many of you, not just as readers and writers, but as friends. It is your stories, adventures, and willingness to share your knowledge and experiences with your fellow sailors that puts the wind in our sails. Thanks to all of you for allowing Mike and I to have had a job that we lived and loved for so many years. We’re pleased and excited to have the good ship 48° North in capable hands as the NWMC, Joe, and the crew sail into the future.